We hope you are having a wonderful holiday!

As a nice way to wrap up the year, and as a holiday gift to you, we’re releasing some of Kupu’s beautiful eye candy. Our goal with this update is to step up the game’s visual fidelity without removing the familiar block designs and archetypes you’ve built your creations around.  As well as texture improvements, we’ve implemented a few post processing and quality-of-life changes. This update should seamlessly improve the game’s visual experience at no performance cost.

We’ve been working on an overhaul of our default textures for some time now, and this release implements the first and largest portion of that overhaul with all-new ship and structure textures. Taking advantage of recent lighting improvements, these new textures provide better material definition, allowing glossy metals and matte plastics, and removing highlights where light should be occluded. Please note all screenshots below are all using the Linear Mag Filtering (Block) setting, at 256 resolution, with normal maps enabled. 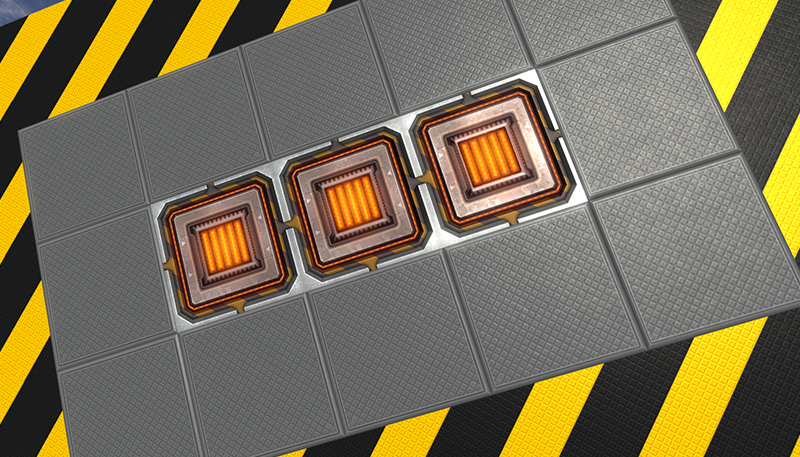 Visual Logic changes ~ Logic blocks that do not emit a high or low signal themselves are now green colour-coded. For example, a Sensor or Area Trigger block will no longer be blue, potentially confusing the player that it is emitting a High state. 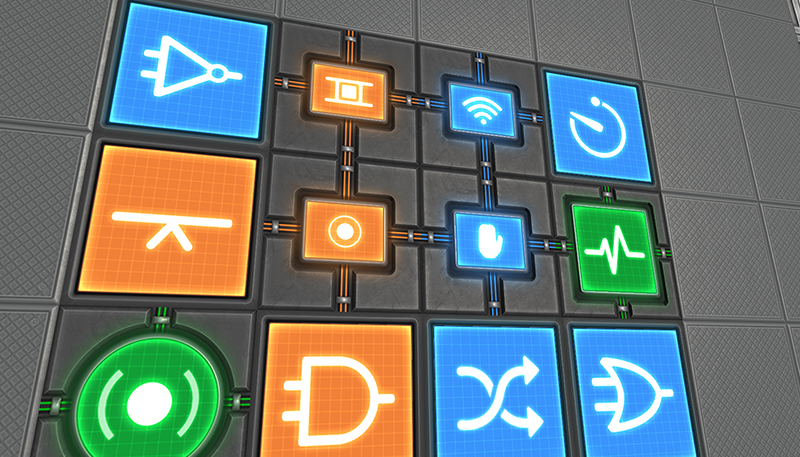 ~ The Pick-up Point rail block now has an OFF state texture when toggled with an activator. ~ The logic pipes are a little less glossy, and a little more in line with the rest of the universe.

Miscellaneous changes ~ Animations given to some decorative screens, water, etc. with more to come. ~ More blocks now make use of emissive textures, making those darker areas a little more exciting! ~ Fixed visual rotation errors. e.g. computers will now rotate correctly. ~ Water is now non-physical. ~ Lighting on 3D model objects is now a little more accurate. ~ New hotbar cursor, allowing better clarity when hovering over charged and charging systems. (Shoutout to Valck for finding this better solution in his mod). ~ Almost all artificially lit bevels within the textures have been removed, improving the illusion of cohesive lighting when rotated. What don’t we get? This update does not include terrain, flora, resources or capsule art.   Those will all be coming at a later date, as we still continue to refine the assets and implementation. There is a known issue of block shapes being harder to see in this icon set.  It will be amended asap.

Reworked the asteroid resource placement system and fixing a bug causing inconsistent placement since the chunk32 update. A part of that was already in the previous update but wasn’t mentioned in the news update.

In the server config, there are 2 new asteroid related values:

This new system also adds the ability to generate more exciting features on asteroids in the future!  Ruins and debris, anyone?

We’ve added some minor bugfixes during the holidays:

~ T2093 No pickup text when picking up credits

~ T1796 Close button of build mode info panel does nothing

Most of us here at Schine are currently taking a break over the Christmas/New Year’s period. Expect to see us back in full swing by late January to mid February.

Happy holidays from Schine, and we hope you have a wonderful new year!

And as always, thank you for playing StarMade,